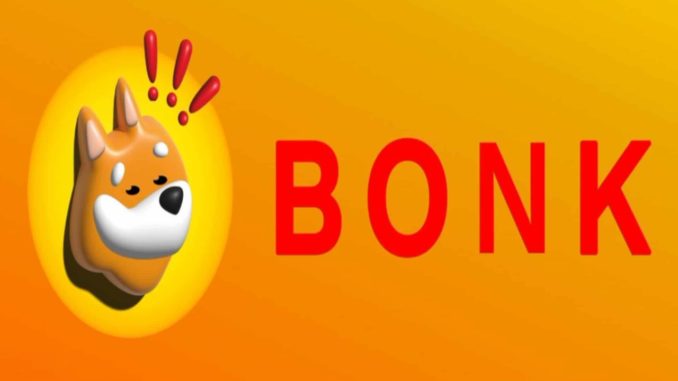 Crypto exchange Bybit on Wednesday announced that it’s listing Solana’s meme token BONK. The decision to immediately list the BONK token came amid the massive demand for the meme cryptocurrency by the crypto community. The demand has dried trading volume from rival dog coins Shiba Inu (SHIB) and Dogecoin (DOGE).

Crypto exchange Bybit in a tweet on January 4 announced the listing of Solana’s meme token BONK without any prior announcement on its website.

Meme token BONK relies on the airdrop to Solana NFT, anti-Alameda Research sentiment, and the revival of Solana DEX culture to improve the community. The broader sentiment driving the BONK rally is a comparison to Dogecoin and Shiba Inu, which recorded massive rallies during the bull market.

People believe the BONK price will also give better profit in the future. Some states that developers also promised many integrations and possibly the possibility of future voting among BONK holders, staking, raffles, and trading contests will also be done in the near future.